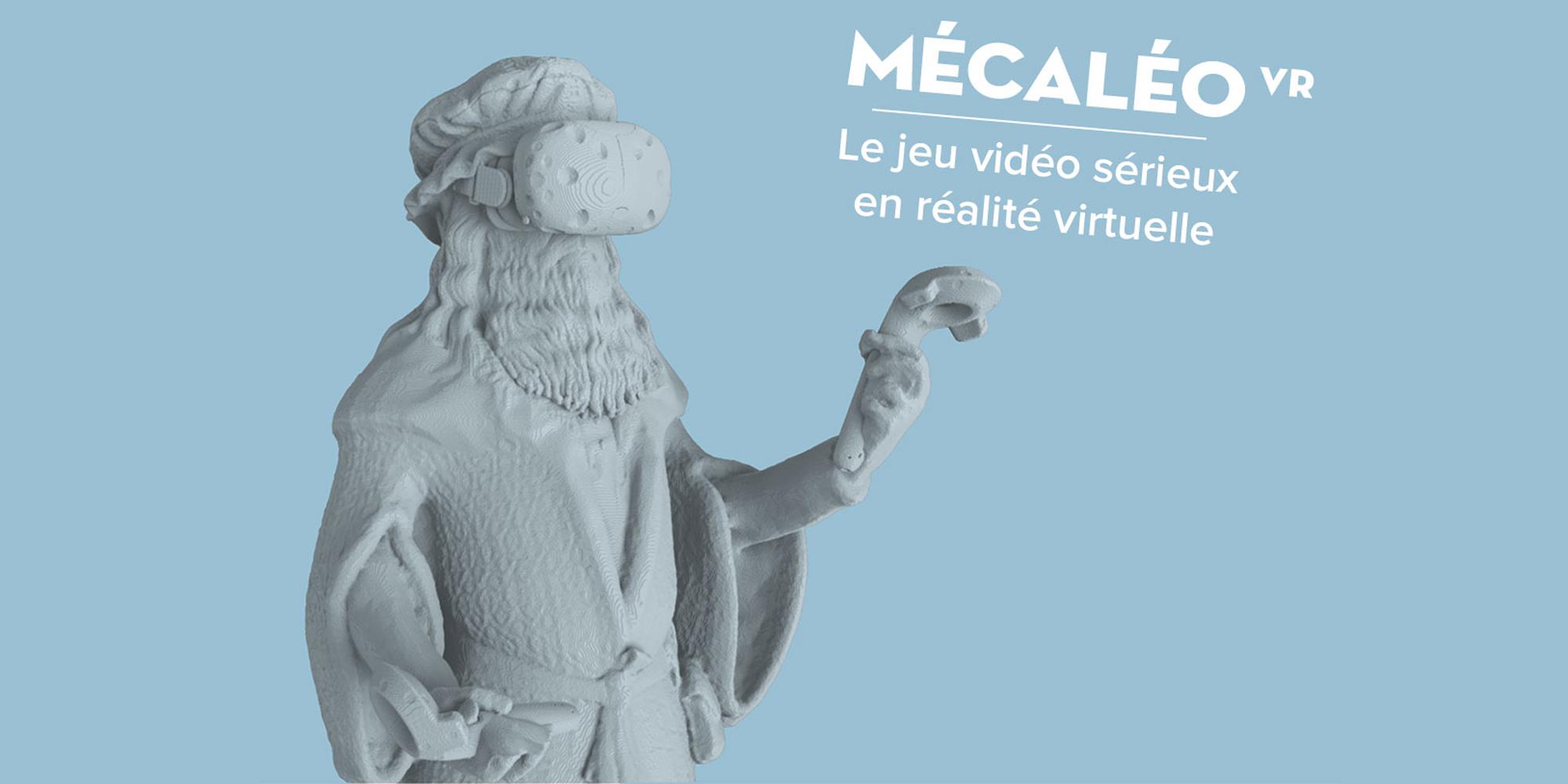 Mecaleo VR is a serious VR Game about putting together some of Leonardo Da Vinci's most famous inventions inside a virtual recreation of a a workshop where he used to reside, situated in Romorantin in the 16th century. The game will be part of a web documentary series called "Sur les pas de Léonard" ("In Leonard's Footsteps").

The game consist in a series of puzzles, where using Leonard's drawings and mechanical tools, you'll be asked to recreate and finish machines he left unresolved. Through a reconstruction of the 16th century settings, people well be able to discover the science and techniques of the Renaissance that inspired the famous Italian inventor.

The game's aim is to form to science and more specifically to Leonardo Da Vinci's mechanics, in an attempt to be both enjoyable to play with and a learning experience.


Since the soundtrack within the game is partially adaptative, we've decided to share re-arranged and adapted version of the theme songs of each puzzle room for a more streamlined listening to give you a taste of our work on the game, and hope you'll enjoy it.

Inside this VR recreation, the role of the music is to both create a soothing mental space for the player to immerge himself into this world, while imagining a musical atmosphere that could at the same time translate the spirit of Da Vinci's taste for invention and innovation. We tried to invoke the spirits of old instruments such as harpsichord, autoharp, viola da gamba, luth, dulcimer, and even used some samples of Viola Organista, an instrument invented by Da Vinci himself.

But since the game requires concentration and an immediate desire to wander and take your time, we wanted to convey all those instruments through a peaceful, ambiant and very spatialized composition, let them merge with the settings as if they were more memories of the textures of those sounds, rather than stereotypical Rennaissance composition. To achieve this goal, the music only appear and react as the player succeeds and wanders through the various rooms of the workshop, allowing the player to go at his own pace resolving the different enigmas left by the inventor.