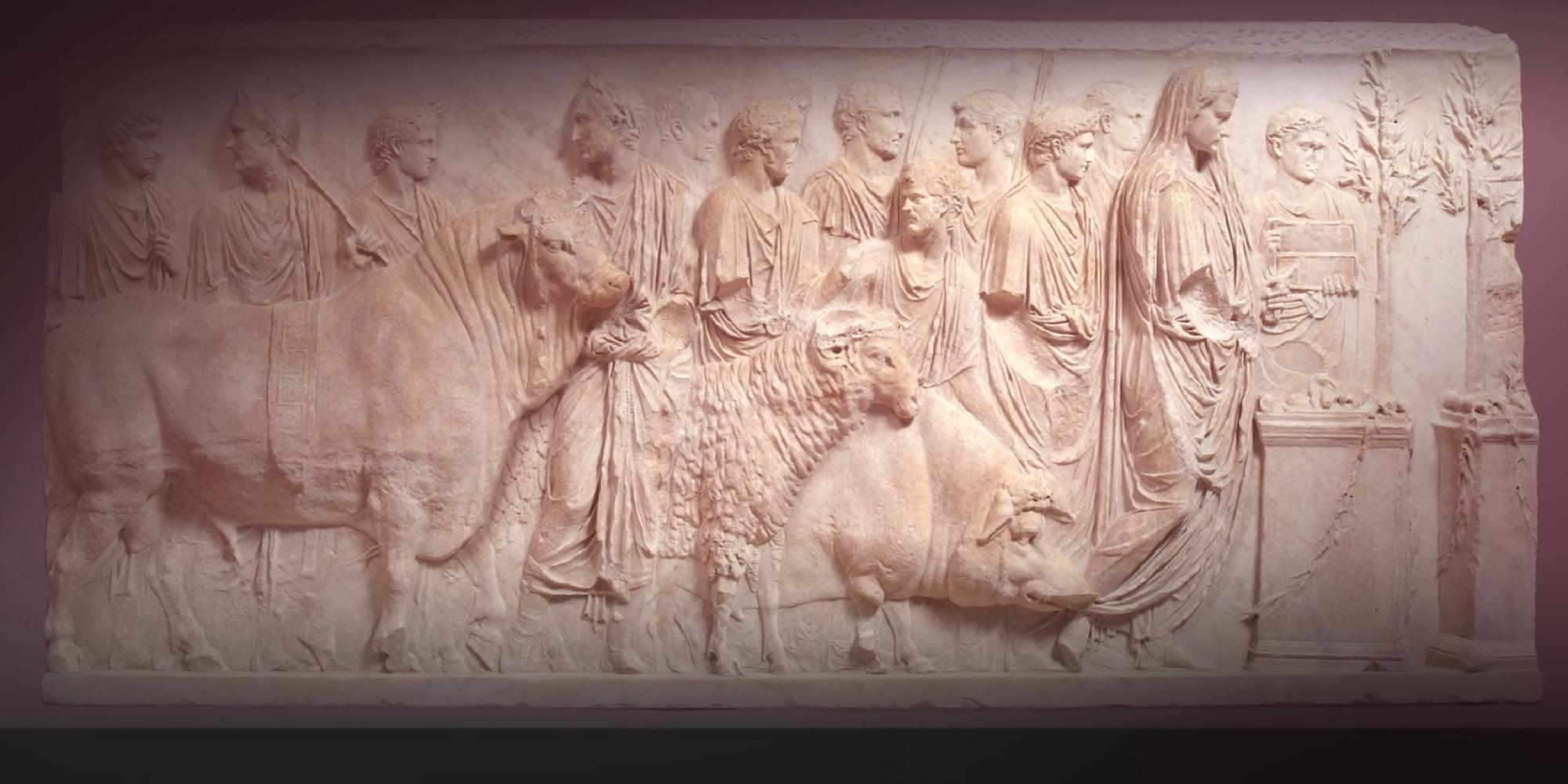 Soundtrack and sound design for the "The Roman Emperor, a mortal among gods" audiovisual exhibition at "Musée de la Romanité" 
This ﬁlm is part of the temporary exhibition entitled, The Roman Emperor, a mortal among gods, at the Musée de la Romanité.

The 4-minute 2D animated ﬁlm transports visitors into a visual soundscape portraying the ritual of sacriﬁce in Roman religion. The animated ﬁlm is screened to scale by 3 video projectors and a system of ampliﬁers and speakers set in a U-shaped viewing area in a square space, putting the spectators centre stage.

To match the array of iconographies from the period used by the graphic team to recreate this aspect of Roman worship, we followed along with a careful use of many iconic instruments dating back to the roman empire era, such as Lyra, Cithare, Luth, Scabellum and Sistre, while adding a more modern touch so that the production would feel enticing and inclusive for people to dive into the emmotional and spiritual journey that such moments could represent for the roman people of those days.