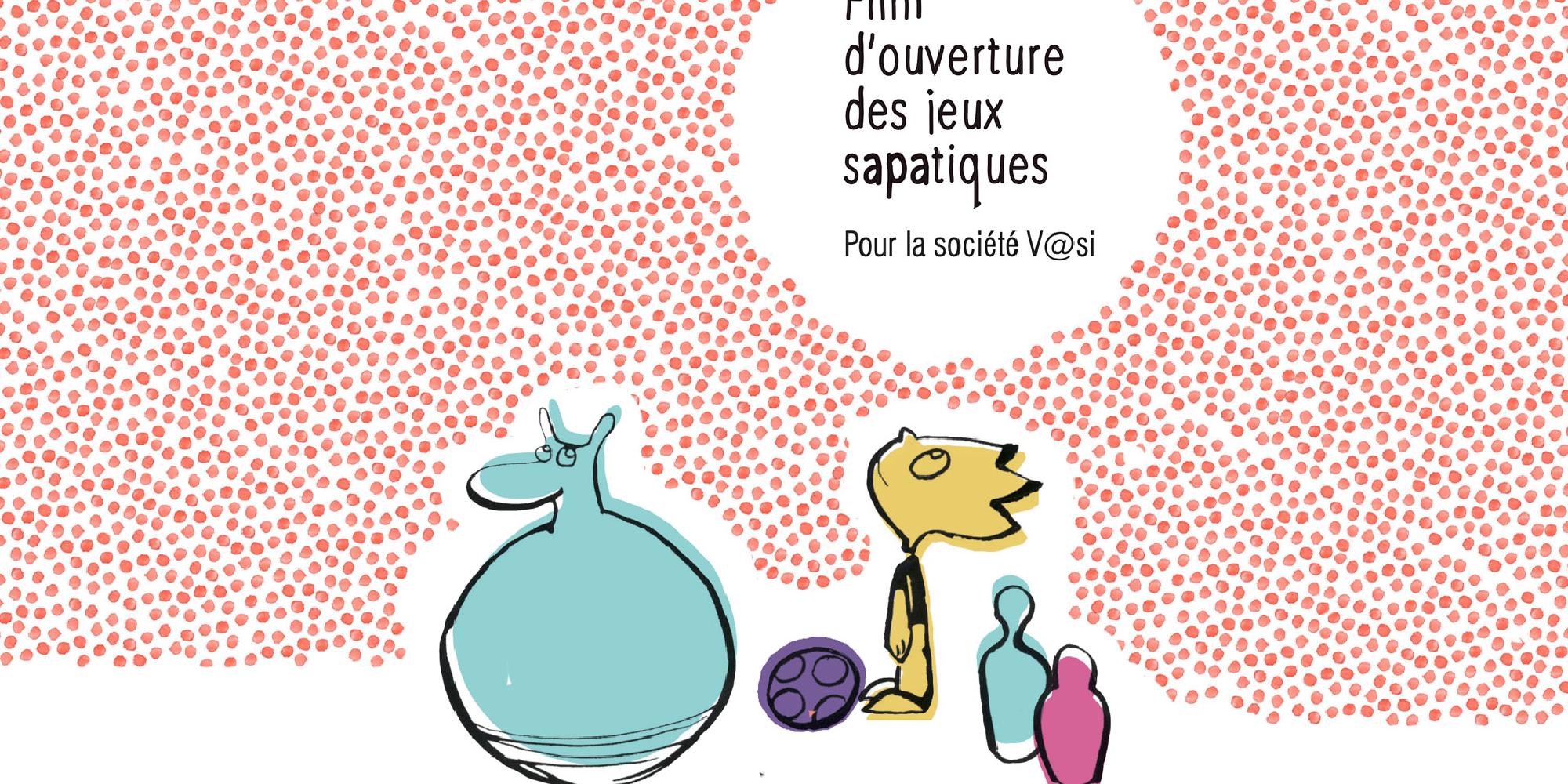 
This little animated film mark the announcement for a special type of game / sport called « Jeux SAPATIC » due to be played in October each year.

SAPATIC (Adapted Health Activity through Information and Communication Technologies) is a distant healthcare system proposing physical adapted activities practiced in real time, alone or in a group, which favorise social bonding and emulation through sports. It’s being developped by V@Si. The games were uniting through internet each from its own hospitals a number of European Children hospitalized and unable to leave their room, so that they could share a huge collective day together.

We wanted to make an original soundtrack that was both fragile and childlike but could also resonate like a vivifying hymn you could cheer up to, to convey the life force of these children and how they’re often able to translate it into something beautiful that lets a lot of space for joy and laughs.

We’re very proud that we got to put this project in sound, and wish the best to the team at V@Si for their future adventures.