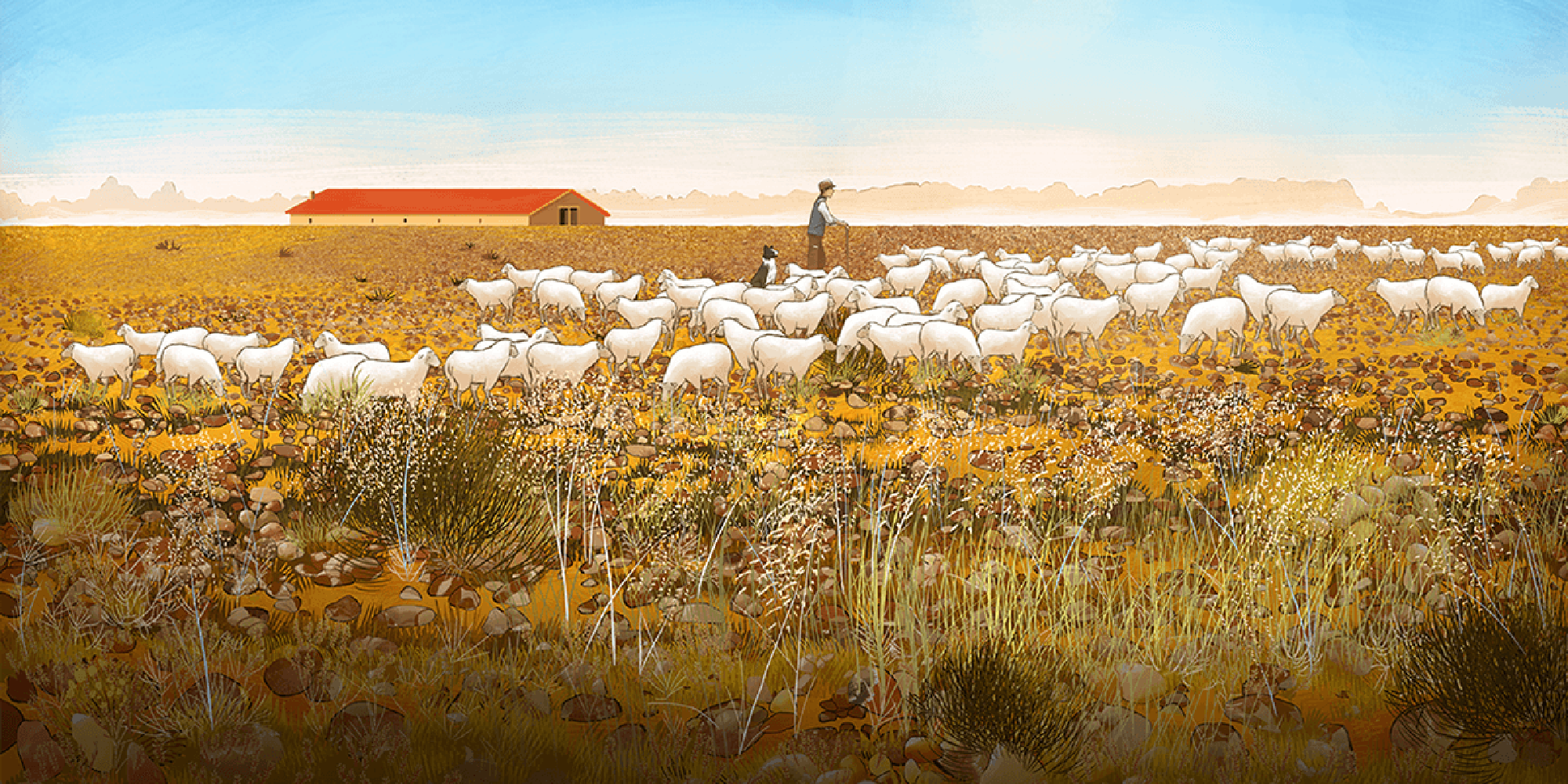 A secret of the steppe


We've teamed up with the animation studio "Les Fées Spéciales" and the biologists of the natural national park of Coussouls in the Crau Step, to shine a light on the Crau Step Grasshopper. This short animated film of 3 minutes is based on the results of research made by scientists studying the area, and reminds the existence of this endemic orthoptera and other species so discrete they're often unfairly forgotten in the Crau Step landscape.

We need to preserve the Crau plain Grasshopper to preserve the landscape, just like the landscape needs it to remain healthy. If the risks of this species disappearing is strong, it's the loss of the entire habitat that is questioned in this video. Laurent Tatin, ecology doctor and the instigator of the strategy for preservation of the grasshopper, is behind the very existence of this trans-disciplinary project halfway between science / art and preservation. 
To match the stunning graphic work invented by Eric Serre, Lea Cluzel and Aurélie Buron to give flesh and visual identity to this new project, we've tried to approach this video through 3 different axis of interpretation, each meant to represent an actor of the situation through its own musical space : the plain and its surrounding landscape, the grasshopper, and the threat of industrial / ecological destruction of the habitat.

We've defined these three main ecosystems through sounds : The step was presented through wide atmospheric guitars and percussive sounds, reminding of western contemplative movies, space you can live in and inhabit. The grasshopper soundscape was made of multiple extremely small and cut-up electronic and acoustic sounds moving at very rapid pace yet extremely soft and unnoticeable, to mimic the vivacity and hidden complexity of the insects world and give it its own point of view. For the industry we choose a wide range of dissonant synthetized sounds, ran through effects to make them sound unnatural and disturbing so that their impact on the rest of the sonic ecosystem would immediately be understood not only through the narrator but also through the sound.

We hoped the cohesive nature and story-telling of the music brings the stakes of this video forward in a more natural and immediately understandable way. The very nature of this video being to raise awareness and sensitize people to the situation, we felt the need for the sonic landscape to not only be there as polish, but a true vector for meaning and understanding.

The Grasshopper, or more precisely the Prionotropis Rhodanica, might not be as well known as a tiger or an elephant, we wanted him to be an embassador for the risks of extinction encountered in the insect world, the most forgotten part of the communication around ecology, when they hold such a crucial place in the worldwide ecosystem.